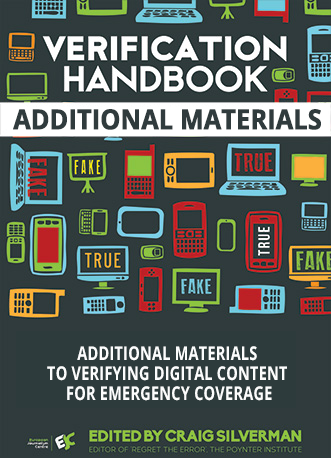 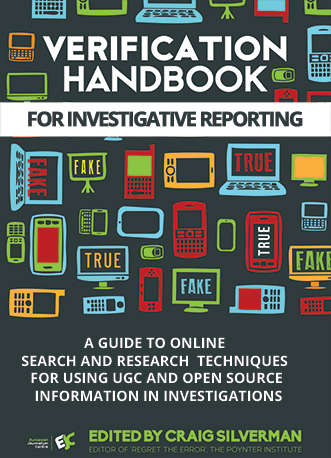 Claire Wardle is the research director at the Tow Center for Digital Journalism at Columbia University. She led a research project into UGC and broadcast news at the center, and later, with her fellow researchers, launched the Eyewitness Media Hub. She designed the social media training for BBC News, and went on to train at organizations around the world. Wardle has also worked at Storyful and UNHCR. Wardle has a Ph.D. in communication from the Annenberg School for Communication at the University of Pennsylvania. She is @cward1e on Twitter.

Ten years ago, a huge earthquake in the Indian Ocean unleashed a devastating tsunami across the region. At first, there were no pictures of the wave; it took a couple of days for the first images to surface. And when they did appear, most were shaky footage, captured mostly by tourists pressing record on their camcorders as they ran to safety. None of them expected their home videos of a family holiday to become eyewitness footage of a terrible tragedy.

But just because we now take this behavior for granted doesn’t mean we’ve worked out the rules for how to use this material legally, ethically or even logistically. Organizations are still working through the most appropriate ways to use this type of content. This is true whether it’s news outlets, brands, human rights groups or educators.

There are important differences between footage that has been sent directly to a particular organization versus material that has been uploaded publicly on a social network. The most important point to remember is that when someone uploads a photograph or video to a social network, the copyright remains with them. So if you want to download the picture or video to use elsewhere, you must first seek permission. If you simply want to embed the material, using the embed code provided by all of the social networks, legally you don’t need to seek permission. Ethically, however, it might be appropriate to contact the person who created the content to let them know how and where you intend to use it.

A lawyer would always prefer an agreement to be conducted formally via a signed contract; however, in the heat of a breaking news event, seeking permission on the social network itself has become the norm. This has many benefits, not the least of which is that it provides an opportunity for immediate dialogue with the user who has shared the material.

Asking the right questions at the point of contact will help with your verification processes. The most important question to ask is whether the person actually captured the material him or herself. It is amazing how many people upload other people’s content on their own channels. They will often “give permission” for use even though they have no right to do so. You also want to ask basic questions about their location, and what else they could see, to help you authenticate what they claim to have witnessed.

If the person has just experienced a traumatic or shocking event, they could possibly still be in a dangerous situation. Establishing that they are safe and able to respond is also a crucial step. When seeking permission, it’s also important to be as transparent as possible about how you intend to use the footage. If you intend to license the video globally, this should be explained in a way that ensures that the uploader understands what that means.

one example of how to do it:

However, if you want a watertight legal agreement, you would need to arrange something more substantial over email. If you do seek permission on the social network itself, make sure that you take a screenshot of the exchange. People will sometimes provide permission for use, and then, after negotiating an exclusive deal with another organization, they will delete any exchanges on social media that show them giving permission to others.

There isn’t an industry standard for payment. Some people want payment for their material, and others don’t. Some people are happy for organizations to use their photo or video, as long as they are credited. Other people don’t want to be credited.

This is why you should ask these questions when you are seeking permission. You should also think about the implications of using the material. For example, a person might have captured a piece of content and in their mind, they’ve only shared it with their smallish network of friends and family. But they didn’t expect a journalist to find it. They captured it when they were perhaps somewhere they shouldn’t have been, or they captured something illegal and they don’t want to be involved. Or they simply don’t want a picture, quickly uploaded for their friends to see, to end up embedded on an online news site with millions of readers.

Here’s an example of a response from a person who uploaded a picture to Instagram during the shooting at the Canadian parliament in October 2014.

As part of ongoing monitoring and research, Eyewitness Media Hub has analyzed hundreds of exchanges between journalists and uploaders over 18 months in 2013, 2014 and 2015, and the responses of the people who created the material are not always what you would expect. This piece by Eyewitness Media Hub, of which I’m a co-founder, reflects on the content that emerged during the Paris shootings in early 2015, and the people who found themselves and their material unexpectedly at the center of the news coverage.

Our experience and analysis show that the vast majority of people don’t want payment; they simply want a credit. This isn’t just a case of what’s right: It’s also a question of being transparent with the audience. There isn’t an industry standard when it comes to crediting, as every uploader wants to be credited in a different way. Especially if you’re not paying to use their material, you have a legal right to follow their instructions.

With television news, without the opportunity to embed content, a credit should be added onscreen. The most appropriate form of credit is to include two pieces of information. First, the social network where the footage was originally shared, and, second, the person’s name, in the way they asked to be credited. That might be their real name or their username, e.g., Twitter / C. Wardle or Instagram / cward1e or YouTube / Claire Wardle.

Online, the content should be embedded from the platform that it was originally posted, whether that’s Twitter, Instagram or YouTube. That means the credit is there as part of the embed. If a screen grab is taken of a picture or a video sourced from a social network, the same approach should be used. In the caption, it would be appropriate to hyperlink to the original post.

Be aware that embedded content will disappear from your site if it is removed from the social network by the original uploader. So you should ultimately try to procure the original file, especially if you are planning to run the content for a long time.

In certain situations, it’s necessary to use your judgment. If a situation is ongoing, then sharing the information of the person who created the content might not be the most sensible thing to do, as shown by this BBC News journalist:

It is best practice to “label” who has captured the content. If we take this picture of a woman in the snowstorm in the Bekaa Valley in Lebanon, it’s important that the audience knows who took this. Was it a UNHCR staff member? Was it a freelance journalist? Was it a citizen journalist? Was it a refugee?

In this case a refugee took the photograph, but it was distributed by UNHCR to news organizations via a Flickr account. When someone unrelated to the newsroom takes a picture that is used by the newsroom, for reasons of transparency, any affiliation should be explained to the audience. Simply labeling this type of material as “Amateur Footage” or something similar doesn’t provide the necessary context.

There is no industry standard when it comes to labeling something as verified or not. The AP will not distribute a photograph or video unless it passes its verification procedures. While other news outlets try not to run unverified footage, it is difficult to be 100 percent sure about a photo or video that has been captured by someone unrelated to the newsroom.

As a result, many news organizations will run pictures or videos with the caveat that “this cannot be independently verified.” This is problematic, as the truth is that the newsroom may have run many verification checks, or relied on agencies to do these checks, before broadcasting or publishing a photo or video. So this phrase is being used as an insurance policy.

While research needs to explore the impact of this phrase on the audience, repeating it undermines the verification processes that are being carried out. Best practice is to label any content with the information you can confirm, whether that’s source, date or location. If you can confirm only two out of the three, add this information over the photo or video. We live in an age where audiences can often access the same material as the journalist; the audience is being exposed to the same breaking news photos and images in their social feeds. So the most important role for journalists is to provide the necessary context about the content that is being shared: debunk what is false, and provide crucial information about time, date or location, as well as showing how this content relates to other material that is circulating.

Overall, remember that when you work with material captured by others, you have to treat the content owner with respect, you need to work hard to verify what is being claimed, and you need to be as transparent as possible with your audience.

The people uploading this phone-taken footage are mostly eyewitnesses to a news event. They are not freelancers. The majority wouldn’t identify themselves as citizen journalists. They often have little knowledge of how the news industry works. They don’t understand words like exclusively, syndication or distribution.

Journalists have a responsibility to use the content ethically. Just because someone posted a piece of content publicly on a social network does not mean that they have considered the implications of its appearing on a national or international news outlet.

You must seek informed consent, not just consent, meaning: Does the uploader understand what they’re giving permission for? And when it comes to crediting, you must talk to them about whether and how they would like credit. The responses are constantly surprising.